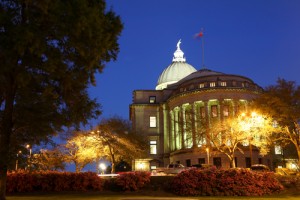 Mississippi is not the first state that would come to mind when you think of excellent psychology schools. After all, while the average state in the US has 90 institutions that grant postsecondary degrees, Mississippi has less than half that, with only 40. However, this does not mean there aren’t options for a student who is interested in studying psychology in this state. During the 2009-2010 school year, 723 bachelor’s degrees in psychology were awarded in this state, as well as 70 master’s degrees in psychology.

There are different levels of degrees that can be obtained in the field of psychology, and all of these are available at various Mississippi schools. You can obtain an associate’s degree in a mere two years, but it does not open many doors as far as careers go. A bachelor’s degree will take four years but even that doesn't always help recipients find a job in the psychology field as the American Psychological Association reported in 2008 that only 5 percent of psychology bachelor’s degree recipients went on to careers in the field. If you are interested in the field of psychology, a graduate level degree will open the most doors. A master’s degree will take an additional 2-3 years, while a doctoral degree such as a PhD or PsyD will take between four and seven years to finish. According to the rather stringent psychology licensure requirements in Mississippi, in order to become a licensed psychologist, you will need a doctoral degree, so it may be worth spending the extra years obtaining one if you are serious about the field.

There are many choices in terms of the different facets within psychology as well. If you are getting an associate’s or bachelor’s degree, you do have some options to pursue elective courses. However, you do need to stick to a fairly rigid core curriculum. Generally speaking, the number of options grows as you pursue higher degrees. Graduate degrees in psychology allow you to choose specific areas of focus, such as experimental psychology, applied psychology, and clinical psychology. Students can also choose to focus on specific sub-fields of psychology, such as cognitive psychology, social psychology, or physiological psychology. You can pursue any of these options, as well as many more, in a variety of different schools in the state of Mississippi.

The capital of Mississippi and the most populous city in the state, Jackson has a population of almost 176,000 citizens. This city is home to three different schools that offer psychology degree programs, including Jackson State University, which has one of the best psychology programs in the state and the largest population of psychology students in the city of Jackson. There are also psychology programs at Millsaps College and Belhaven University, both of which are in Jackson. There is also quite a bit of financial help available to students in Jackson, as well as other parts of the state; Mississippi students can find funding through sources such as the Health Care Professions Scholarship, the Critical Needs Teacher Loan/Scholarship (for students majoring in psychology or education), and the Higher Education Legislative Plan (HELP) scholarship program.

Considering the small population of Jackson, it has a reasonable number of psychologists. According to the United States Bureau of Labor Statistics taken in May 2012, there are at least 300 professional psychologists in the Jackson area and the annual median wage of these professionals is $44,262, which is a comfortable salary in a place where the cost of living is relatively low. In addition, the city of Jackson is vibrant and has a lot to do in all sorts of categories, whether you like sports, the arts, or learning about the rich history of the city.

However, you can still pursue an online degree in psychology in Mississippi thanks to a number of national online psychology degree providers. Walden University and Capella University are two of a small handful of schools that offer online doctoral degrees, and schools like the University of Phoenix, Baker College Online, the University of Texas-Permian Basin, and Post University offer a variety of master’s and bachelor’s degrees in a number of different sub-fields of psychology.  You can get various undergraduate or graduate degrees online at these schools, which enroll students from all over the country. There are also various other options for schools that accept students from all over the United States, and a reasonable amount of research could help you figure out which one is best suited to your educational needs.

Career Opportunities for Psychologists in Mississippi