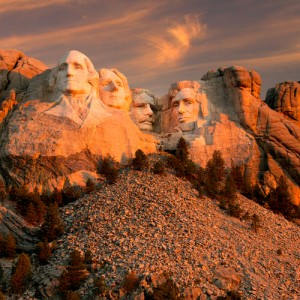 As should be expected for a state with limited options, North Dakota does happen to be one of the cheaper states in the country to attend college in. The average annual enrollment cost for a full-time student in North Dakota in 2013-14 was $13,714 for in-state students attending public schools and $18,123 for students attending one of the state’s seven private institutions. But even with just 21 options to choose from, picking a psychology school isn't easy and is a decision that should include a lot of research and thought on what type of degree a student wishes to pursue and what field of psychology they might want to study. If they are content assisting licensed psychologists to start, then a bachelor’s degree will suffice. But if they want to become a licensed psychologist, they will need a doctoral degree according to ND state law. Only the University of North Dakota and North Dakota State University actually offer doctoral degrees in psychology however.

The good news about fewer options to choose from is that it can be easier to do more thorough research and really get comfortable with the pros and cons of as many different psychology degree programs in North Dakota as possible. We wanted to help, so we sorted the schools for students based on which have programs and which don’t, but students should make sure to do their own research into each school as well.

Of all the state’s degree-granting institutions, only the United Tribes Technical College, the Medcenter One College of Nursing, and Sitting Bull College don’t offer degree programs in psychology, but UTTC and Sitting Bull College both have core courses in psychology as part of their curriculum. Choosing between the rest of the schools depends on your preference of degree and intended career path. If you have only a casual interest in psychology, Trinity Bible College has a minor in psychology and counseling and associate colleges such as Bismarck State College or Williston State College offer two-year degrees. But if you are interested in earning a PH.D. and becoming a clinical psychologist, perhaps a larger research institution such as the University of North Dakota or North Dakota State would be a better choice.

If you are only looking for online courses in psychology, the field of choices is larger, but you still need to do the research because some schools offer online courses for enrolled students only, and others open the courses to the general public. Bismarck State College, Jamestown College, Minot State University, and Dickinson State University are just a few of the schools with online psychology classes in North Dakota. Be sure to check out each school individually to see which types of courses are offered and whether you are eligible.

North Dakota has a small but prosperous psychology community. In May of 2014, there were 220 psychologists employed across North Dakota according to the U.S. Bureau of Labor and Statistics and they were earning an annual average wage of between $65,560 and $84,490. While percentage growth using such a small sample size usually means little, it is encouraging to know that the North Dakota Labor Market Information Center projected eight percent employment growth (or roughly 20 jobs) from 2008 to 2018. If you are an aspiring psychologist dreaming of a wealth of different career options to choose from, North Dakota may not be the best fit, but there are still employment opportunities for those who truly wish to begin their psychology career in North Dakota. Read more about the ND psychologist license requirements.