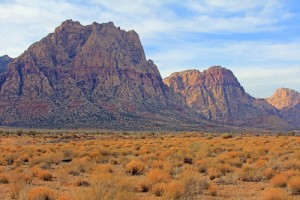 There is good news and bad news when it comes to evaluating postsecondary education options – psychology degree programs more specifically – in Nevada. The bad news is that if you are someone looking for a state with wide-ranging and diverse college and university options, Nevada is not the state for you. Information from the Integrated Postsecondary Education Data System shows that Nevada has just 25 degree-granting institutions spread across the state compared to the national average of 90. The good news is that with just 25 schools in the state and only six schools in the state that offer psychology education, students who are set on getting their psychology education in Nevada shouldn't have trouble doing thorough and comprehensive research on what program and psychology specialty work best for them. There aren't a lot of students at Nevada schools who choose a psychology degree path as IPEDS estimated that for the 2009-2010 school year, Nevada granted only 430 bachelor’s degrees in psychology and another 103 master’s degrees in psychology.

There are some industries and professions where a formal education in that subject isn't necessarily required. For example, a history degree doesn't mean you have to become a historian and writers don’t have to be English or Journalism majors. But for psychologists, the education and experience requirements are strict by design, because Nevada, like every other state, wants to make sure the folks obtaining psychology licenses in the state are actually qualified to diagnose and treat serious mental and physical health conditions. This means that students who want to be psychologists should be prepared for a lot of schooling and education because Nevada psychology licensure requirements state that in order to qualify for a license, applicants must have a doctoral degree in psychology and extensive on-the-job experience.

We wanted to help interested students with the research, so we broke down the six schools and their offerings to make the research a little bit easier. This shouldn't be treated as a comprehensive substitute to your own research, but it should help give you a better idea of what sort of options you have at Nevada schools. Any talk of postsecondary psychology education in Nevada should start with the University of Nevada-Reno, which boasts a nationally ranked clinical psychology degree program and a nationally ranked psychology PhD program as well as a number of other reputable degree programs in psychology at the bachelor’s and master’s level. The University of Nevada-Las Vegas is the only other state-specific school that offers doctoral degrees and the school also has well-regarded bachelor’s and master’s degree programs in the subject as well. The next two schools on the list are the College of Southern Nevada and Nevada State College both of which offer a variety of bachelor’s degrees in psychology specialties. Then there is the University of Phoenix, which has campuses in Las Vegas and Reno and offers a small handful of counseling degree programs on campus and finally, Sierra Nevada College offers a bachelor of arts in psychology for students who just want the basic psychology education.

Career Opportunities for Psychologists in Nevada

As you might expect from a state with a small population and few psychology education options, employment opportunities and the professional psychology industry in Nevada is relatively small compared to the rest of the country. The United States Bureau of Labor Statistics reported that in May of 2011, there were at least 510 professional psychologists employed in Nevada and those psychologists made an annual median wage of $66,892, a lucrative profession especially considering the relatively low cost of living in a state like Nevada.

There is other good news for aspiring psychologists looking to start their psychology careers in Nevada because the employment of professional psychologists is expected to grow over the next five years. The Nevada Department of Labor estimates that between 2008 and 2018, employment of clinical, school, and counseling psychologists will grow about 11 percent, which, in Nevada, is roughly equivalent to about 70 new jobs. There also be an estimated 20 job openings over the same period.