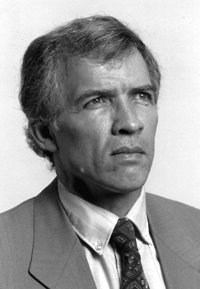 We have been told most of our lives to follow a path to success, jump through certain hoops, do things a specific way and we will be successful.  Dr. Dean Simonton takes a different approach.   His career path shows that by going against the norms, by finding his very own path and by following his own "genius" he has been able to be far more successful and far more influential to society than he ever could of conforming to norms of society.

Dr. Dean Simonton, Professor at UC Davis, has written numerous books on the potential of humans and students.  He has strived to awaken genius, leadership and creativity within our society, and has thus far been very successful.

We asked Dr. Simonton if he would come do an interview with us to possibly help inspire us and our readers in regards to their careers.  He obliged, and luckily we have this fantastic read to show for it, enjoy!

What drew you toward the field of psychology?

I became a psych major quite by accident. Originally I was a chemistry pre-med. But I had an opening for one elective, and I decided that introductory psychology would be interesting. Love at first sight! The course covered several topics I found of great interest, especially creativity, which were to become my research interests much later. By the end of my junior year it was clear that I had to change majors, and did, cramming as many courses into the remaining quarters so that I could complete my undergraduate degree on time. My scholarship only covered 4 years. Hence, it was like I became "instant psychologist."

In college where were your interests, what were your expectations of
your career at this time?

At first I was unsure. Although I originally declared chemistry as my major, and had some thoughts about becoming a brain surgeon, I was also very interested in history. However, because Occidental College had a great two-year History of Civilization requirement, I got to have my cake and eat it too. Plenty of history while pursuing chemistry. Another scenario was to become a high school chemistry teacher, but that eventually became replaced with the dream of becoming a college psychology professor!

Can you give us a brief synopsis of your research and where your
interests have been during your career?

I combined my interest in history with my interest in psychology to devote my career to the study of genius, creativity, and leadership. Unlike most psychologists, who use college students as research participants, I use historic figures - eminent scientists, artists, politicians, generals, etc. Moreover, unlike psychobiographers, I apply quantitative methods to large samples of such luminaries, using techniques collectively known as historiometrics. Taking advantage of my scientific training as a one-time chemistry major, I fit mathematical models, test statistical hypotheses, run Monte Carlo simulations, etc. The goal is to learn the cognitive, personality, developmental, and social factors underlying the emergence of those persons credited with great masterworks and notable events.

You describe in your chapter in Psychologists Defying the Crowd that you had ideas or experiments that didn't jive with what at that time was the norm in academia, can you tell us about these ideas, and why they were controversial?

The chapter I wrote for Defying the Crowd describes the difficulties I had convincing my Harvard professors that doing a doctoral thesis using historical and biographical data was indeed legitimate. Again, nobody did research like that when I was a graduate student. I was actively discouraged, and warned that I would never be able to publish my research in high-quality journals. Well, more than 400 publications later - including many that have won major awards - I proved that prediction wrong!

How did pursuing these ideas despite your colleague's and mentor's
warnings, shape and define you in the field of psychology?

The most immediate impact of my decision to defy the crowd was that I was not able to get the jobs I wanted. Indeed, I was very fortunate to get an assistant professorship at the University of Arkansas. Yet that turned out to be a wise choice. The department chair there was very supportive. Despite the heavier teaching load than expected, I ended up being extremely productive, so that two years later I moved to the University of California at Davis, where I've happily spent the rest of my career.

The long-term impact of my willingness to defy the crowd was that I probably have been far more successful than I would have been had I pursued a more mainstream research program. I've carved out a definite unique niche for myself in several areas related to genius, creativity, and leadership. It's no accident that of my 100 book chapters, 29 are in handbooks and cover a tremendous range of topics, from presidential leadership to classical music.

You have written a few books on human potential, for instance Genius
101 and Origins of Genius. Both books would probably have great
potential for any student, but what would be a few key points that you
can offer here for students looking to pave their own "atypical" path
in the world of psychology?

The key is always the same: Find that unique match between your talents, interests, and values and the big questions that remain unanswered. When I look back at the early part of my career, it's obvious that many of the questions that I addressed were obvious. It's just that nobody thought of answering them, perhaps believing that they couldn't be answered. Of course they couldn't be answered if psychologists stuck to studying college undergraduates in laboratory cubicles! Yet taking advantage of my background in chemistry, history, and psychology, I was able to assemble a research program to which I could devote my entire career. If I am doing what I do well, it's largely because I'm doing what I love to do.

What kind of advice can you give students who are looking to follow a
career path in Academia?

Just know the obvious: It's not easy. The academic life is very rewarding, but also very demanding. Yes, you are pretty much your own boss, but your boss better be darn firm about getting job done. Preparing and delivering courses, attending conferences, writing up and submitting research articles, advising and mentoring students, going to committee meetings ...the list goes on and on. It can sometimes seem overwhelming. Yet whenever that happens, I always ask myself: "Is there something else I'd rather do?" The answer is always the same, a resounding "No!"

Do you have any final words to offer future leaders and aspiring psychologists that can one prepare them for the career field, and two help them achieve their own 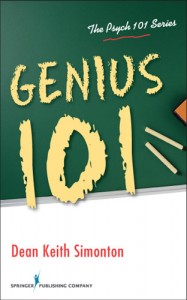 The word "genius" goes back to Roman mythology. Each of us was born with a genius (or a juno, if you were a female). The genius was our guardian angel who looked out for our destiny. It represented what was unique about us. Even today, each of us is born with a genius. To succeed as a psychologist, you just have to find your genius, nurture it, and follow its advice. Let your genius be your guide to your true genius.