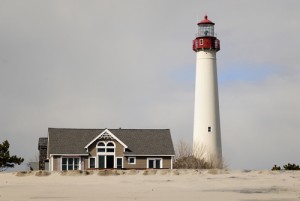 Delaware -- thanks in large part due to its size -- will never be mistaken for a bastion of higher education. In fact, apart from maybe Alaska, there aren't any states in the country with fewer post-secondary degree-granting institutions than Delaware, which has less than 15 according to Delaware Department of Education which is less than one-ninth of the national average of 90. Also, the state of Delaware had less than 60,000 students enrolled in institutions of higher education in the fall of 2014 according to the National Student Clearinghouse Research Center. But number of schools and is not an indicator of quality of education, and so students strongly considering earning a psychology degree in Delaware shouldn't be turned off by scarcity of options.

Psychology may be among the most popular undergraduate field of study in the country, but only a small percentage of the students who earn an undergraduate degree in psychology actually go on to a career in the psychology industry. One of the reasons that is true is because Delaware, like every other state in the country, requires that its licensed psychologists have at least a doctoral degree in the subject. One glance at Delaware’s psychology licensure requirements and you will see that the First State is no easier than any other when it comes to applying for licensure. Students who want to qualify for psychology licenses in the state of Delaware should prepare for a lot of schooling and plenty of on-the-job experience under the supervision of a licensed psychologist. This is why the APA reports that an estimated 25 percent of baccalaureate recipients in psychology go on to study psychology at the graduate level with four to six percent of that 25 percent studying for a doctoral degree and 20 to 22 percent studying for a master’s degree.

For those who aren't sure whether the psychology path is what they want to take, there are schools like Liberty University that offer fully online associate’s degrees in psychology. If you are slightly more invested in psychology and want to give the field an honest shot, then you might want to consider schools like the University of Phoenix, Post University, or Baker College Online, which offer multiple bachelor’s degrees in a variety of different sub-fields of psychology. There are even fully online doctoral degrees in psychology available at schools such as Walden University, Capella University, and Grand Canyon University and those degrees can be in fields that range from community psychology to clinical psychology with plenty in between as well. These are only some of the schools available, so students should do their own research to ensure they don’t miss out on opportunities that fit their needs and skill-sets.

Career Opportunities for Psychologists in Delaware

Those who assumed that Delaware’s relatively small population would result in an equally small population of professional psychologists might be surprised to know that the state has an active professional psychologist community that offers plenty of opportunities for networking and yes, even employment as well. According to the Bureau of Labor Statistics, in May of 2014, Delaware had at least 280 psychologists employed in the state and those psychologists earned an annual mean wage of $81,020, a very appealing salary for those who know that the cost of living in Delaware is relatively cheap.