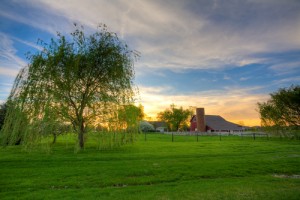 The Midwest can often be an overlooked destination for students enamored with the colleges on either coast. But states like Indiana prove that the Midwest more than holds its own when it comes to degree-granting institutions and options for a postsecondary psychology education. The state has less than 60 degree-granting institutions when for-profit institutions are excluded but the state has a legitimately good combination of public, private, and for-profit schools that Indiana offers worthwhile education programs to students with all different interests. Perhaps more troubling is that while more than 230,000 students still chose to enroll in public universities in Indiana in the Fall of 2014, that number is declining steadily over the past five years. The good news is that the state is still one of the leaders in terms of producing psychology degree-holders. According to the most recent subject-specific degree data from IPEDS, Indiana produced 1,702 psychology bachelor’s degree recipients and they also produced another 296 psychology master’s degree recipients over the same period of time. Clearly interested students have a lot of options for psychology education.

Indiana has increased its spending on higher education in the past five years and as a result the state has all different types of psychology degree programs ranging from doctoral degree programs in clinical psychology to bachelor’s degree programs and there are even schools that offer psychology coursework or a psychology minor without actually offering a degree. With so many quality universities and programs to choose from, students need to have a pretty good understanding of the career path they want to take because unlike other degree subjects, the education requirements to becoming a psychologist are strict in Indiana as they are in every other state and the degree you earn will determine how many doors in the industry will be open.

Indiana has colleges and universities with all of these programs and other programs in different psychology specialties as well but with more than 50 degree-granting institutions to choose from, it can be hard to do thorough research and cover all the bases, so we helped by not only singling out some of the more well-known psychology schools near the state capital of Indianapolis as well as a number of excellent schools with psychology degree programs that are spread out across the state as well. Just remember that this is only meant to be a sampling of the offerings, there are plenty of other schools that won’t be mentioned that have psychology degree programs worth checking out as well, so students should just make sure to do their research.

There are also universities like Earlham University in Richmond and Evansville University that don’t have the same prestige as IU and Notre Dame but still have reputable psychology departments that regular churn out accomplished graduates.

Those looking to start a psychology career in Indianapolis will be pleased to know the city has a sizable community that is active and offer opportunities to recent graduates looking to jumpstart their psychology careers. In May of 2014, the United States Bureau of Labor Statistics reported that Indianapolis had at least 400 professional clinical, counseling and school psychologists working in the Indianapolis-Carmel metropolitan area and those psychologists were earning an average annual wage of between $70,480.

Indiana also requires that some of its continuing education requirements for psychologists be met through distance education programs, so professional psychologists should look into online psychology education as well.

Career Opportunities for Psychologists in Indiana

As if that wasn’t enough, Indiana Wage Information estimates that employment of professional psychologists in Indiana will grow 16 percent (roughly 240 new psychologists) between 2008 and 2018 and they also predict there will be an additional 70 job openings during that same time.