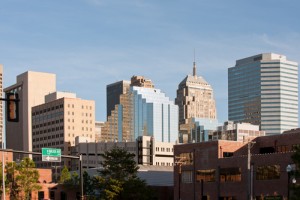 Oklahoma is not generally known for its abundance of postsecondary programs in psychology, but there are definitely wonderful options for anyone interested in furthering an education in the field of psychology. According to the Oklahoma State Regents For Higher Education, the state has 25 public higher education institutions. In addition, there are 12 private higher education institutions that are regionally accredited. There are additional private schools that are not accredited through the state so the National Center for Education Statistics estimates that The Sooner State has 60 degree-granting institutions available to students. Also, according to the 2014 annual report the Regents put together, psychology was one of the 10 most popular degree programs for students to enroll in as more than 7,000 students counted as psychology as their field of study.

Even though Oklahoma does not have the widest array of options, there are schools in this state that can fit your needs no matter what type of psychology degree you are interested in obtaining. As in any other state, it would be very smart to do your research on each program in which you are interested. Particularly past the undergraduate level, higher degrees can be very specialized in nature, and different degrees can pave the way to different opportunities in the field of psychology after graduation. If you are interested in pursuing a doctoral degree in psychology, you may be happy to know that you do not need to have received an undergraduate degree in the same field. According to the American Psychological Association, statistics show that roughly 30 percent of students who get doctorates in psychology did not obtain their baccalaureate degrees in the same discipline. Conversely, the majority of students who received their undergraduate degrees in psychology often do not go on to study psychology at the graduate level; only about 25 percent of these students do, with 20 percent pursuing master's degrees and between four and six percent pursuing doctoral degrees.

Although a bachelor's degree in psychology can be very useful, one is generally not enough to become a psychologist. Thanks to rigid psychology licensure requirements in Oklahoma, one must have a doctoral degree from a regionally accredited school in order to be licensed to practice psychology in the state. If you are a member of the Oklahoma Psychological Association, as a licensed psychologist, you have access to continuing education, as well as chances to improve the job climate for psychologists within the Sooner State.

Oklahoma has more than 30 psychology programs to choose from in postsecondary institutions. The University of Oklahoma in Norman is the largest and most well-known school in the state and it boasts a nationally ranked clinical psychology degree program as well as respected undergraduate programs. Graduate and undergraduate programs at Oklahoma State University and University of Tulsa don’t fall far behind the Sooners in terms of pedigree and reputation. If you are looking for smaller programs, there are schools like Cameron University, Langston University or East Central University, all of which offer accredited bachelor’s degree programs in psychology and other psychology-related subjects. There is a multitude of resources available for psychology students in Oklahoma, such as student membership in the Oklahoma Psychological Association, and several scholarships available through organizations such as Psi Chi and the American Psychological Association. Many individual schools also offer scholarships for their own students. One example is the James C. Ellis Woodward Psychology Scholarship at Northwestern Oklahoma State University.

Oklahoma City is not the best place to find work as a psychology degree holder, but there are jobs available. In fact, the United States Bureau of Labor Statistics reported that as of May 2014, there were at least 450 professional psychologists employed in the Oklahoma City area and that these professionals were earning an annual average salary of at least $60,000. The salary obviously depends on the specialty of the psychologists and the companies or businesses employing these psychologists, but those are still highly competitive salaries no matter which way you slice it.

If you are looking for an Oklahoma-based online psychology degree program, your options are fairly limited. You can earn an online Bachelor of Science in Psychology at Oklahoma Wesleyan University. If you are seeking a master's degree, you can earn a couple of psychology-related master's degrees online at Southwestern Oklahoma State University; specifically, you can earn a Master of Education in School Counseling, or a Master of Education in Community and Agency Counseling. Alternatively, you can turn to the University of Phoenix, which has a campus in Oklahoma City, for a Ph.D. in Industrial/Organizational Psychology, which is useful, as this is a growing field throughout the United States.

As you may well know, there are also several online psychology education providers that are available to anyone in the United States and definitely serve a number of students in or from Oklahoma. These providers include schools such as Walden University, Keiser University Graduate School, and Northcentral University. There are many more national providers of online education that are available to students all over the country, including those in Oklahoma. For the best results, do your research before settling on one of these choices.

Career Opportunities for Psychologists in Oklahoma

Although Oklahoma City is the best location in the state as far as job opportunities go, there are opportunities throughout the rest of the state as well. This makes sense, as there is always a need for psychologists to help various demographics of people with personal and professional issues. According to the U.S. Bureau of Labor Services, there was a minimum of 1,120 professional psychologists working in the state of Oklahoma in May 2014. These professionals earned an annual average wage of between $53,090 and $77,290, with some specialties within the field offering the potential to earn more.

Compared to other states, there are not that many jobs available for people with psychology backgrounds in the state of Oklahoma. The good news is that the employment within the industry is growing on both a national level and in Oklahoma. In fact, the Oklahoma Employment Security Commission estimated that employment of clinical, counseling, and school psychologists would grow 11 percent from 2008 to 2018, which is equivalent to almost 200 new professional psychologists over that period. The Commission also estimated there would be about 70 new job opportunities over that same period.