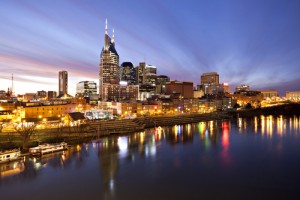 It might surprise those who are unfamiliar with the Southeastern region of the country to know that not only is Tennessee one of the 20 most populous states in the country but is also quite fertile education country as its vast postsecondary degree options shows. Tennessee is home to almost 110 degree-granting institutions, more than most other states in that part of the country and also more than the national average of 90. Fans of psychology and students interested in psychology degrees will also be happy to know that Tennessee is also one of the most prolific states in the country when it comes to producing psychology degree recipients. During the 2009-2010 school year, Tennessee granted 1,732 bachelor’s degrees in psychology, as well as almost 410 master’s degrees in the discipline.

The associate’s degree is easiest to get because it will only take two years to complete, but it’s not a particularly popular degree amongst students and that is probably because the degree doesn't exactly help graduates land a high-paying job in the field of psychology. Unfortunately, a bachelor’s degree is hardly much better. It is easily the most popular psychology degree among students but as of 2008, the American Psychological Association found that only 5 percent of graduates with bachelor’s degrees in psychology were working in the field of psychology and the majority of that five percent is working in education, research, or as a psychologist assistant.

Psychologists shoulder an immense amount of responsibility and considering they are often responsible for the mental and emotional health of their patients, people need to be able to trust that they are highly qualified to diagnose and treat serious issues that arise. This is why psychologist licensure requirements in Tennessee are so strict. Like so many other states, Tennessee requires that you have obtained a doctoral or professional degree and completed extensive on-the-job training before you can considering yourself qualified to apply for licensure as a psychologist. These strict and demanding requirements are likely why the American Psychological Association estimates that 25 percent of students who earn a bachelor’s degree in psychology go on to study psychology at the graduate level with four to six percent entering a doctorate program and 20 to 22 percent entering a master’s degree program. The good news is that a doctoral degree all but ensures you will find work in the field as the APA reported that 72 percent of psychologists who finished their doctorates in 2009 were able to get their first choice when it came time to find a job and almost all found work in the field if they were looking for it.

Nashville is also a bustling city with a growing economy and workforce, and psychology is no exception. Nashville is in fact the city with the largest population of psychology professionals in the state. According to the United States Bureau of Labor Statistics, there were at least 350 psychologists employed in the Nashville metropolitan area as of May 2012. The annual median salary for these psychology professionals was $59,092 which is higher than that for the average city in the United States.

Nashville may be the capital of the state, but Memphis still holds the crown for the most populous city in the state by at least 100,000 people. However, despite having more citizens, the city doesn't both the same breadth of postsecondary options when it comes to college. The University of Memphis is the biggest and most well-known school in the city. Rhodes College, Victory University, and Christian Brothers University are the other three universities in the city and they all offer a variety of bachelor’s degrees in psychology and related subjects.

Memphis and Nashville actually have very similar psychological industries right down to the size. The BLS reported in May of 2012 that there were at least 350 psychologists in the Memphis metropolitan area and those professionals earned a very similar median annual salary to those in Nashville as well at $59,529 per year.

There are also many online psychology degree options offered by schools that are open to anyone in the nation, such as Post University Online and Grand Canyon University. Also popular are Walden University, Capella University, and the Adler School of Professional Psychology. Many of these schools offer both undergraduate and graduate degrees in psychology that can be obtained online. These are not the only schools that are available, and it would be beneficial to consider all of your options if you are looking to obtain an online psychology degree.

Career Opportunities for Psychologists in Tennessee

There are quite a few options for employment in the state of Tennessee. According to the Bureau of Labor Services, as of May 2012, there was a minimum of 1,400 professional psychologists employed throughout the state and those psychologists earned an annual median salary of between $60,174 and $92,726..

It should also be worth noting that Tennessee is in the top half of states when it comes to average job growth for clinical, school, or counseling psychologists. For clinical, school, and counseling psychologists, there is 22 percent of growth expected throughout the United States, and 17.0 percent of growth expected in Tennessee between 2010-2020. That 17.2 percent equates to roughly 300 new professional psychologists in the state, making the Volunteer State intriguing for students considering a career in psychology.