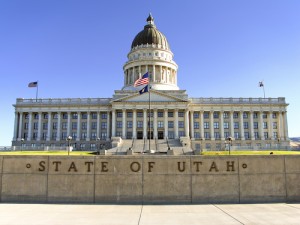 As far as college and university options go, there is no region of the country with less of these choices than the mountain region of the West Coast for obvious reasons. The geography of the area and inaccessibility to any of the coasts make states like Wyoming, Nevada, and Montana far less populous than coastal states such as California and Washington. But if there is one state in the region that is doing its best to buck that perception in higher education, it is Utah. According to data collected by the Utah System for Higher Education, there were more than 167,300 students enrolled in USHE institutions in the Fall of 2014 and that is only a small fraction of students enrolled in schools across the state. Also, the state's higher education landscape is changing thanks to growth in the number of students enrolled in higher education in Utah. According to a different set of USHE data, public and private institutions granted 42,126 degrees of all shapes and sizes in 2013-14, which is a nearly 10 percent increase from the 2009-10 school year. What is also exciting, especially for students interested in psychology, is that psychology degrees are among the most popular degrees at institutions in the state. In fact, bachelor's degree in psychology are among the five most popular bachelor's degrees for students at Utah institutions and from 2002 to 2012, more than 22,000 graduates of institutions in Utah entered the broad field of healthcare and social assistance, more than any other industry charted. These numbers show that psychology at Utah universities is not only alive and well, but it is also a popular choice among students.

The type of degree you get is especially important if you plan to enter the field of psychology in any capacity because the field has strict barriers to entry designed to make sure that only the most qualified candidates are actually charged with diagnosing, treating, and helping with the issues that other people encounter. Like all the other states in the country, Utah doesn't allow just anybody to walk around calling themselves a licensed psychologist. In fact, the psychology licensure requirements in Utah state that candidates for licensure must have obtained a doctoral or professional degree in the subject and must have completed extensive on-the-job training in addition to other requirements as well.

Doctoral degrees can take as long as eight years to earn and can be a real commitment for anybody thinking about following that path. But, at the same time, in order to become a licensed psychologist in Utah, the state legislation says that applicants have a doctoral degree in psychology that includes "specific core course work established by division rule under Section 58-1-203." The degree also needs to come from an institution of higher education whose doctoral program "met approval criteria established by division rule made in consultation with the board." For students who are interested in psychology but are still unsure of whether they want to become a psychologist, a bachelor’s degree in the subject might be the best bet. Not only will it serve as a solid foundation for any graduate work in psychology you decide to do – the American Psychological Association reports that an estimated 25 percent of baccalaureate recipients in psychology go on to study psychology at the graduate level with four to six percent of that 25 percent studying for a doctoral degree and 20 to 22 percent studying for a master’s degree – but it can help qualify you to work in psychology research and psychology education. Alas, most of the students who earn a bachelor’s degree in psychology actually don’t end up starting a career in the field.

As one can imagine, being the largest city in the state also makes Salt Lake City the place to be for aspiring psychologists looking to start their career in the field in Utah. According to the U.S. Bureau of Labor Statistics, as of May 2014, the Salt Lake City metropolitan area was home to at least 600 professional psychologists and those psychologists earned an annual median salary of $55,210, which is no small sum especially in a relatively inexpensive state to live. This data shows that while other parts of Utah may offer opportunities, the best bet for aspiring psychologists looking for like-minded professionals and career-growth opportunities is to look in Salt Lake City and then branch out from there.

Career Opportunities for Psychologists in Utah

Salt Lake City may be the most likely place for aspiring psychologists in Utah to find employment opportunities, but the rest of the state isn’t exactly a barren wasteland. The professional psychology community in Utah isn’t what anyone would call expansive, but it is active, growing, and rich with opportunities to network with psychology professionals and perhaps even jump-start your career if you are fortunate. In May of 2014, the BLS estimated that Utah had at least 1,400 psychologists employed in the state and those psychologists earned an annual median wage of between $61,720 and $77,400 depending on who was employing the psychologist in question and what the specialty of the psychologist was.

Those numbers should be appealing to aspiring psychologists who were expecting underwhelming employment numbers from a state in the middle of the Rocky Mountains. But there is more good news on the way for aspiring psychologists in Utah. The Utah Department of Workforce Services estimates that employment of clinical, counseling, and school psychologists is expected to rise 26 percent from 2008 to 2018 which equals roughly 350 newly employed professional psychologists in the state over the next five years. The department also estimated there would be about 70 job openings over the same period of time. Also, for students interested in psychology schools in Utah, it should be encouraging to know that, according to the most recent data from USHE and UDWS, the job placement rate for USHE graduates hovers right around the appealing number of 73 percent.