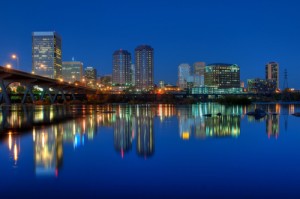 Virginia, one of the first states in the country, is also one of the largest states when it comes to postsecondary education options, especially in the subject of psychology. The subject is one of the most popular degree options in Virginia and in fact, as recently as 2009-10, Virginia ranked No. 8 in the country with 3,174 bachelor’s degrees granted that year and they ranked No. 11 in the country in that same year with 697 master’s degrees in psychology granted as well.  Virginia is also home to a booming professional psychology community and offers a wealth of opportunity, both in psychology education and employment, for students looking for both in Virginia.

While earning a degree in some subjects may immediately qualify you to work in the profession, psychology is different. An important health science, states have strict guidelines in place to make sure their licensed psychologists are well-qualified and Virginia is no exception. If you want to call yourself a psychologist in Virginia, you need to earn a doctoral or a professional degree in the field. A bachelor’s degree in psychology will qualify you to work as a psychologist assistant, or it can serve as the foundation for your graduate education as the American Psychological Association reported that 25 percent of all psychology baccalaureate recipients go on to study the field at the graduate level (four to six percent doctoral and 20 to 22 percent master’s). The career path you inevitably want to follow should have an importance influence on the type of degree you pursue, so it would be wise to consider each psychology degree program in Virginia carefully.

Of course in a state with such a robust postsecondary education system, reputable and excellent psychology degree programs are everywhere and it can be difficult to research them all. We wanted to help with the process and decided to help interested students by highlighting a number of the better programs in the state, and then focus on the excellent programs near two of Virginia’s largest cities – Virginia Beach and the capital of Richmond.

It is important to realize that these will only be a glance at some of the psychology schools and psychology degree programs in Virginia. It is important for students to understand that there is no substitute to doing their own, in-depth and comprehensive research to ensure they are picking the school that suits them best.

The state’s two largest and most well-known universities – the University of Virginia and Virginia Tech – both have nationally ranked clinical psychology programs and are ironically, nowhere close to the major cities we will highlight later. If neither of those universities is of interest, Liberty University in Lynchburg has a burgeoning psychology program, George Mason University in Northern Virginia has an excellent psychology degree program and Roanoke College in Salem is often considered an underrated school to attend for a psychology degree as well.

As for postsecondary education options, Virginia Beach and its surrounding area offers plenty. The Virginia Consortium Program in Clinical Psychology brings three schools – Norfolk State, Old Dominion University, and the Eastern Virginia Medical School – together in one prestigious and nationally ranked clinical psychology program. Other options include Hampton University, which has a bachelor’s degree program in psychology, and Tidewater Community College, which offers psychology coursework to students preparing for a four-year university or to enter the workforce right away.

The state capital is actually only Virginia’s fifth-largest city, but given its right in the heart of the state and continuously attracts professionals of all kinds looking for employment and that it has a number of excellent psychology degree programs to choose from, it should definitely be considered. The BLS reported that as of May 2011, the Richmond metropolitan area was home to at least 440 professional psychologists and the clinical, counseling, and school psychologists earned an annual average wage of $62,990 during that same timeframe. The salary and number of professional psychologists may seem low, but it is still a sizable community of psychology professionals and given the cost of living in Virginia, a $62,000 per year salary should be enough for most people to live comfortably.

Career Opportunities for Psychologists in Virginia

When looked at through a general lens, there are few states that offer more professional psychology opportunities than Virginia. For starters, according to the BLS, as of May 2011, the state employed nearly 3,000 professional psychologists across the state and they made an annual average wage of between $67,300 and $108,730 depending on the specialty of the psychologist. Not only is that a massive professional community to learn from and network in, but it is also an excellent salary range for someone looking to live comfortably and still have some money to spare.

There is more good news too as the Virginia Employment Commission projects that employment of psychologists is expected to rise 12 percent between 2012 and 2022, and they also project an exciting 140 new job openings over that period as well. These numbers prove that aspiring professional psychologists looking for a state with plenty of opportunity and competitive salaries would be silly not to at least consider the Commonwealth of Virginia.