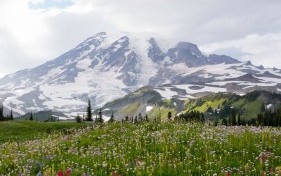 With nearly 400,000 students enrolled in college in the fall of 2009-10, it is plainly obvious that postsecondary education is a big deal in Washington. The state has 85 degree-granting institutions to choose from, which is right around the national average, and plenty of those institutions offer worthy psychology degree programs of different kinds. Psychology is very popular in Washington as the state is one of the largest producers of psychology degree-holders in the country. The Integrated Postsecondary Education Data System reported that in 2009-10, Washington gave out more than 1,500 bachelor’s degrees in psychology and another 496 master’s degrees in psychology during that same time period. These numbers prove that there are plenty of options for students in and out of Washington who are interested in the psychology offerings of schools in Washington.

No matter what type of degree and what psychology specialty you wish to pursue, there are schools in Washington that most likely offer something for everyone. But with so many different schools and programs to choose from, students would be wise to conduct thorough research on each program, especially because different degrees can open different doors within the psychology community. According to the American Psychological Association, in 2008, only five percent of psychology bachelor’s degree recipients were actually working in a psychology-related field, and that is because to become a licensed psychologist in the United States, you need to earn a graduate degree (most likely doctoral) in psychology. See the licensure requirements for Washington.

Seattle is a cultural and artistic hub of the West Coast but it is also a city with a bustling economy and a sizable group of both excellent postsecondary schools with psychology degree programs and professional psychologists practicing their craft in the surrounding metropolitan area. The University of Washington is the most well-known school in the area and its nationally ranked clinical psychology program is just one of many psychology degree programs offered at the school. City University of Seattle in nearby Bellevue offers both bachelor’s and master’s degrees in the subject and both Seattle University and Seattle Pacific University offer undergraduate and graduate degree programs in a variety of psychology specialties. There is even the Seattle School of Theology and Psychology which offers a degree in counseling psychology for students looking for a smaller and more focused school.

As for the rest of the national online psychology education providers, there are schools like Walden University and Northcentral University and Keiser University Graduate School that offer a range of different fully online doctoral degrees in psychology. Then there are also schools like Kaplan University, the University of Texas Permian Basin, Baker College Online and Post University that offer bachelor’s degrees in psychology entirely over the Internet. These are only a sampling of the national providers out there for students in Washington so interested students should do thorough research on the subject as well.

Career Opportunities for Psychologists in Washington

Also, employment within the profession is expected to continue growing over the better part of the decade and that growth will be rapid. The Washington State Employment Security Department predicted that employment of professional clinical, school, and counseling psychologists will grow 18 percent from 2008 to 2018. That equates to roughly 600 new psychologists employed across the state by 2018 and the department also predicted there would be 150 new job openings during that time frame, making Washington a psychology city on the rise and an appealing place for recent graduates looking to get a jumpstart on their psychology careers.