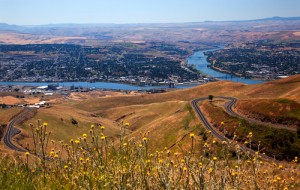 When it comes to psychology schools and degrees, Idaho definitely lags behind other states its size. Of course Idaho's size in terms of land mass is very misleading because the state is one of the least populous in the entire country. As a result of its relatively small population, the state's higher education options aren't as robust as many other states in the Pacific Northwest. In fact, the 20 degree-granting institutions in Idaho are less than smaller states like New Hampshire and Rhode Island. The Idaho State Board of Education reports that there are more than 102,500 students enrolled as full-time students in the state. A fair amount of this can be attributed to the state's decrease in spending on higher education during the recession, but there are also some positive signs as well. For one, degree production increased in the state by 30 percent as recently as 2013 and the state's colleges are retaining more students by the year. What this all means is that while Idaho may look like somewhat of a barren landscape for psychology degree programs, there are actually quite a few excellent opportunities for students interested in studying the subject. According to the most recent data from the Integrated Postsecondary Education Data System, in 2009-10, Idaho granted 423 bachelor’s degrees in psychology and just another 16 master’s degrees in psychology proving that options for advanced psychology education are limited in Idaho. The interesting part about the lack of degree options is that it’s not as if Idaho doesn't have any postsecondary institutions to choose from. Sure, 20 degree-granting institutions isn't a lot, but it’s more than some states that have a wider array of advanced psychology degree programs.

The bright side of limited options means that it’s easier for students who are positive they want to study psychology in Idaho to do extensive research on each of the programs so that they can make a well-informed decision that will undoubtedly affect their future. And researching the programs is important, because psychology is a subject in which different degrees can unlock different career doors. For example, the American Psychological Association estimates that 1.5 million students take a general or introductory psychology course each year but introductory courses obviously aren't going to make each student a qualified psychologist. In fact, in order to become a licensed psychologist in ID, students need an doctorate or professional degree, which is why between four and six percent of recipients of a bachelor’s degree in psychology continue on to try and earn an doctorate degree. Idaho, despite all of its aforementioned limitations when it comes to education in the field, has institutions that offer all levels of psychology degree programs.

Idaho State University is a public research institution with a nationally ranked clinical psychology degree program and the University of Idaho doesn't have any doctorate programs but it does have a recognized master’s degree in psychology. The other two four-year, public institutions – Boise State and Lewis and Clark State – offer bachelor’s degrees in psychology. There are also a number of public two-year programs such as Northern Idaho College and College of Southern Idaho that offer psychology-related programs and courses. Also, there are a number of private four-year universities like BYU-Idaho and College of Idaho that offer psychology degree programs as well.

Idaho is also one of the cheapest states in the country to attend college as the 2010-11 average annual cost of enrollment of a full-time student in Idaho ranges from $13,819 for in-state students attending a public institution to $14,163 for students attending one of the state’s private institutions. Money like that is still a very important investment that should be considered carefully. Students using this page as a resource should also understand that these are only a sampling of psychology schools and psychology degree programs offered in Idaho. There are more programs that deserve consideration and there also many details that we didn't get into about each program, so students are encouraged to do their own in-depth research about each school and program before making a final decision.

Online degrees and courses are actually quite popular at the post-secondary level in Idaho, but unfortunately online psychology degree programs and classes aren't all that common at any of the state-specific universities. The University of Idaho offers their master’s degree in psychology online and has online psychology-related courses. Boise State offers introductory psychology classes entirely online, as does Lewis and Clark State and BYU-Idaho as well. Two-year institutions such as College of Southern Idaho and College of Western Idaho also offer introductory and general psychology classes online. Students thinking about any of these classes should make sure to check and see if they are only offered to students already enrolled at the university.

The other options for students to consider are some of the national online psychology education providers that operate within Idaho. None of them have campuses in the state, but if you are looking for a fully online doctoral degree, schools like Walden University or Northcentral University offer those. And if you are only interested in earning a bachelor’s degree in psychology online, schools like the University of Phoenix and Baker College Online offer a wide array of online psychology degrees in different specialties.

Career Opportunities for Psychologists in Idaho

The demand for the profession is also rapidly growing across the country and Idaho is no exception. The state’s Department of Labor projected employment of clinical, school, and counseling psychologists to grow 15 percent (almost 200 jobs) from 2008 to 2018 and they also estimate there will be at least 50 jobs that open up during that time as well, making it an excellent time to consider Idaho as a place to start your psychology career.