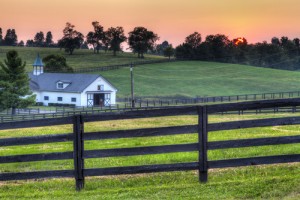 Once you get past the obligatory clichés about Kentucky being best known for its bourbon distilleries and horse-racing, you might learn that the Bluegrass state has a diverse and reputable set of postsecondary education options, many of which include excellent psychology degree programs. According to Kentucky's Commission on Postsecondary Education, the state had more than 216,000 undergraduates enrolled in public and independent institutions in 2018 and they had another 46,000 graduate students enrolled during that period as well. The biggest institutions are the nine public institutions in the state that include a number of research institutions but there are also a number of for-profit schools, independent schools, private colleges and community colleges available for students to explore. Psychology is a popular degree choice everywhere in the country and Kentucky is no exception, it just might not be as popular as some might initially think. The state granted more than 2,100 undergraduate and graduate degrees in social and behavioral sciences in 2016-17 but most of those degrees came from a small percentage of the schools (University of Kentucky, Western Kentucky, etc.). Education and humanities degrees are the first choices of students in Kentucky apparently.

While Kentucky is one of the cheaper states in which to attend college with the average annual cost of enrollment for a full-time student in Kentucky in 2013-14 ranging from $17,281 for in-state students attending public schools to $29,527 for students attending a private institution in Kentucky, there is no doubt that picking a college in Kentucky represents not only an important life decision but also a hefty financial investment. This is why students who are interested in studying psychology in Kentucky should ensure they do thorough and in-depth research into the state’s options before they pick the school or degree program that they think suits them best. But before students start that research, they should have a clear idea of what type of psychology degree and what type of psychology career they wish to pursue because in psychology, the degree you obtain makes a huge difference.

Psychology is one of the few subjects where a graduate degree isn't just encouraged for career advancement, it is practically required. Bachelor’s degrees in psychology can help prepare students for their graduate work, or they can qualify recipients to work as an assistant in the field of psychology, but they do not allow a recipient to call his or herself a “psychologist”. And that is because in order to be a licensed psychologist in Kentucky, you need to obtain a doctoral degree. It isn't just a law in Kentucky either, the primary reason why the American Psychological Association reports that 25 percent of all students who receive a bachelor’s degree in psychology continue on to study at the graduate level is because a good portion of those students want to actually become licensed psychologists and they used their bachelor’s degree as a foundation for the knowledge or to ensure psychology was actually the field they wanted to enter.

In Kentucky, the institutions in the state offer everything from psychology-related coursework to bachelor’s degrees in psychology to even doctoral degrees in psychology as well. Of course every school has different degree programs and offerings in psychology, which is why we thought it best to highlight some of the programs worth looking into. We focused our efforts on the options surrounding the state’s most well-known city – Louisville – but also made sure to include some other worthwhile programs as well for a well-rounded look.

The Louisville metropolitan area, despite its size, has a rather small population of psychologists with only around 290 clinical, school, or counseling psychologists in the area as of May 2014 according to the United States Bureau of Labor Statistics. Those psychologists are paid an average annual wage of $66,720 and are able to live comfortably in a place where the cost of living is relatively low. Also, Jefferson County in Indiana is not very far from Louisville at all and the professional communities occasionally overlap.

Career Opportunities for Psychologists in Kentucky