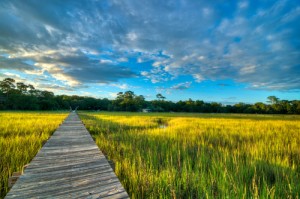 Compared to its northern neighbor and sister state, South Carolina offers less post-secondary education options than North Carolina, but the landscape is hardly barren. According to the South Carolina Commission on Higher Education, the state had 84 degree-granting institutions and more than 245,000 students enrolled (mostly in public schools) in those institutions across the state. Many of these schools have psychology degree programs to offer to students and the degree has become one of the most popular in the state. During the 2013 school year, the same report from the Commission found that South Carolina granted 1,419 bachelor’s degrees in psychology, as well as 163 master’s degrees in the discipline. These numbers made psychology the sixth-most popular degree program in the state and that isn't exactly changing in the near future.

The associate’s degree is the easiest to obtain as it will likely only take two years to complete, but it opens hardly any doors for students who truly wish to work in the psychology industry. Unfortunately, a bachelor’s degree isn't much better. It is easily the most popular psychology degree among students but the American Psychological Association found that only 5 percent of graduates with bachelor’s degrees in psychology were working in the field of psychology and the majority of that five percent are working in education, research, or as a psychologist assistant.

Psychologists are usually responsible for the mental and emotional health and well-being of others, and states take the health of their citizens very seriously, which is why most states have such strict psychologist licensure requirements. Psychologist licensure requirements in South Carolina state that in order to qualify to become a psychologist, candidates need a doctoral degree in psychology or a related subject and proof of extensive on-the-job training under the supervision of another licensed psychologist. This is likely one of the major reasons why the American Psychological Association estimates that 25 percent of students who earn a bachelor’s degree in psychology go on to study psychology at the graduate level with four to six percent entering a doctorate program and 20 to 22 percent entering a master’s degree program.

In the state of South Carolina, spending on higher education has gone up dramatically in the last five years and the students are the ones reaping the benefits. There are nearly 30 schools that offer a variety of different psychology degree programs and many of those are outside the capital city of Columbia. The biggest name amongst those schools is Clemson University which, along with Bob Jones University, Wofford College, and Converse College, offers doctoral degrees in psychology as well as a host of other undergraduate and graduate degrees. College of Charleston is another well-known school in South Carolina that offers undergraduate and graduate work in psychology and The Citadel, the University of South Carolina – Upstate, and Winthrop University aren't far behind when it comes to breadth and reputation of psychology degree programs.

However, though there are not a whole lot of options as far as state-specific schools that offer online degrees, there are many online psychology degree options offered by schools that are open to anyone in the nation, such as Post University Online and Grand Canyon University. Also popular are Walden University, Capella University, and the Adler School of Professional Psychology. Many of these schools offer both undergraduate and graduate degrees in psychology that can be obtained online. These are not the only schools that are available, and it would be beneficial to consider all of your options if you are looking to obtain an online psychology degree.

It should also be worth noting that South Carolina is in the top half of states when it comes to average job growth for clinical, school, or counseling psychologists. For clinical, school, and counseling psychologists, there is 22 percent of growth expected throughout the United States, and 19.2 percent of growth expected in South Carolina between 2010-2020. That 19.2 percent equates to roughly 300 new professional psychologists in the state by making the Palmetto State intriguing for students considering a career in psychology.