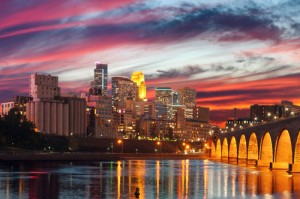 It is fairly common knowledge that Wisconsin has a lot to offer in the way of post-secondary education. According to the University of Wisconsin System, approximately 180,000 students were enrolled in public institutions of higher education across the state and the system granted more than 36,000 degrees per year. It should be mentioned that those numbers only include students enrolled in public institutions, the state also has 57 private non-profit and for-profit institutions and those students and their interests haven't been recorded, so it's a safe bet that Wisconsin's system of higher education is larger than the stated numbers. Psychology, as it is in every state in the country, is a very popular degree choice in Wisconsin. In fact, during the 2009-2010 school year, which is the last year that the National Center for Education Statistics kept data on degrees granted by subject, the state of Wisconsin gave rise to nearly 1,600 new graduates with bachelor’s degrees in psychology, as well as almost 300 with master’s degrees in the discipline.

There are several different options for students who want to pursue a degree in psychology in Wisconsin. There is the associate’s degree, the bachelor’s degree, there is the master’s degree, and then there is the PhD. There are also specialties within the field and variety of psychology sub-fields that usually offer all of those types of degrees as well. The associate’s degree is the easiest degree to obtain as it can take as little as two years to complete and only covers the basic principles of the subject. However, it isn't a very popular degree option specifically because it opens up very few career doors in the field of psychology. The field of psychology is competitive and it is designed to ensure that only the most qualified individuals are working in the field, which usually doesn't include associate’s degree recipients.

A bachelor’s degree in psychology will usually only take four years to complete and is by far the most popular psychology degree among students. But even a bachelor’s degree recipient will have a hard time finding working in the field of psychology. It is a great stepping stone to graduate work in the subject and it may qualify a student to work in psychology education or research but it won't allow them to even apply for professional licensure in the field. Some of this might have to do with students moving into other fields where a degree in psychology is still appealing, but a lot of it stems from the fact that most psychologist positions involve serious treatment, care, and diagnoses of mental illnesses, meaning most employers are looking for folks with graduate degrees in the subject.

In fact, Wisconsin psychologist licensure requirements stipulate that in order to qualify to become a psychologist in the state, candidates need to have first obtained a doctoral or professional degree in psychology and completed extensive on-the-job training. This is the primary reason why the American Psychological Association estimates that 25 percent of students who earn a bachelor’s degree in psychology go on to study psychology at the graduate level with four to six percent entering a doctorate program and 20 to 22 percent entering a master’s degree program. The good news is that according to the University of Wisconsin System Fact Book, public institutions granted more than 1675 doctoral degrees in 2013-14 and it is safe to assume that roughly 2-5 percent of those degrees are in psychology or a related subject.

According to the U.S. Department of Labor, a degree in an Applied Psychology field will open the most doors for graduates. With a degree in an applied psychology area, graduates have many options. They can choose to work in their area of interest, or to become professors in their area of specialty. Fields such as forensic psychology and industrial-organizational psychology are the ones that are expected to have great job availability in the coming decade. Though students should study what interests them, this type of degree will allow for the most career options.

Madison is home to a considerable number of psychology professionals. According to the United States Bureau of Labor Statistics, there were 420 psychologists employed in the Madison area as of May 2014. The annual mean salary for these psychology professionals was $71,100, which is significantly higher than that for the average city in the United States. Madison, Wisconsin has a lot to offer to anyone who is interested in psychology, whether you are thinking in terms of educational or occupational opportunities.

Milwaukee is the state’s largest city in terms of population and its postsecondary education options in psychology vastly outnumber the options available in other cities, including the capitol of Madison. There are seven colleges and universities in Wisconsin that offer psychology degrees. The biggest and most well-known universities are Marquette University, which boasts a number of excellent psychology degree programs at every level, and the University of Wisconsin – Milwaukee. The smaller schools include Alverno College, Cardinal Stritch University, and Mount Mary College. If you are looking for something more focused, you should also consider the Wisconsin School of Professional Psychology.

Although there are 33 schools in Wisconsin that offer programs in psychology, it is a fairly small proportion of these institutions that offer these programs online. Only three of schools offer online degree programs in psychology or a psychology-related field. Ottawa University offers an online Bachelor of Arts in Psychology, and the University of Wisconsin – Milwaukee offers a psychology major online. University of Wisconsin – Stout offers a Master of Science in Vocational Rehabilitation, with a focus on Rehabilitation Counseling. As you can see, there is a fairly limited selection even among the schools that offer online options.

However, though there are not a whole lot of options as far as schools that offer online degrees primarily to Wisconsin students, there are many options as far as schools that are open to anyone in the nation, such as Post University Online and Grand Canyon University. Also popular are Walden University, Capella University, and the Adler School of Professional Psychology. Many of these schools offer both undergraduate and graduate degrees in psychology that can be obtained online. These are not the only schools that are available, and it would be beneficial to consider all of your options if you are looking to obtain an online psychology degree.

Career Opportunities for Psychologists in Wisconsin

There are quite a few options for employment in the state of Wisconsin. According to the Bureau of Labor Services, as of May 2014, there was a minimum of 2,420 professional psychologists employed throughout the state of Wisconsin. These psychologists made an average annual salary of between $72,430 and $98,910, which is well above the national average. Clinical, school, and counseling psychology in particular is one of the fastest growing field categories in most states throughout the country, and Wisconsin is no exception.